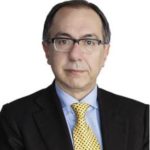 Graduated in Medicine and Surgery at the University of Messina in 1977.

Specialization in Ophthalmology at the Scientific Hospital S. Raffaele in Milan in 1985.

Has carried out professionally approximately 12000 eye-operations.

Member of the most important Italian and foreign Societies in Ophthalmology

Has organised 10 International Congresses of Ophthalmology, amongst which :